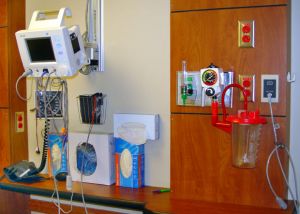 Esther had a heart attack and was taken to hospital. While on the operating table she had a near death experience, during which she saw God and asked if this was the end for her.

God said, "No" and explained that she had another 30-40 years to live.

As soon as she had recovered, Esther figured that since she had another 30 or 40 years, she might as well stay in the hospital and have a face-lift, liposuction, breast augmentation and tummy tuck that she had always promised herself. So she did and she even changed the color of her hair!

Some weeks later, as Esther was leaving the hospital, she was knocked over and killed by a car. When Esther arrived in front of God, she asked, "I thought you said I had another 30-40 years?"

God replied, "I didn't recognize you."