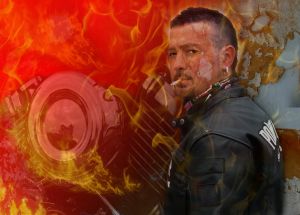 One night a teenage girl brought her new boyfriend home to meet her parents and they were appalled by his appearance: leather jacket, motorcycle boots, tattoos and pierced nose.

Later, the parents pulled their daughter aside and confessed their concern.  "Dear," said the mother diplomatically, "he doesn't seem very nice."

"Oh please, Mom," replied the daughter, "if he wasn't nice, why would he be doing 500 hours of community service?"

(Her previous boyfriend drove this car.)