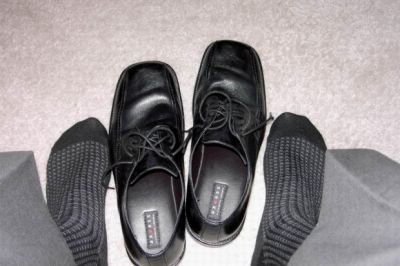 Rabbi Bloom caught two of his rabbinical students gambling and drinking on Sabbath.

Next day, Rabbi Bloom called them into his office and asked them what was going on.

They immediately confessed to having given in to weakness and agreed that they deserved some form of punishment for their sin.

Rabbi Bloom thought a lot about this and then came up with the answer. He bought two bags of dried peas from the delicatessen and told them, "Put these in your shoes and walk on them for a week to remind yourselves how hard life can be when you turn away from God."

A few days later, the two students met each other in the street. One had a pronounced limp and had dark circles under his eyes. He looked very tired and weary. On the other hand, the other was the same as he had been before.

"Hey," said the first. "How is it that you are walking so easily? Why didn't you do as the Rabbi asked and put the peas in your shoes?"