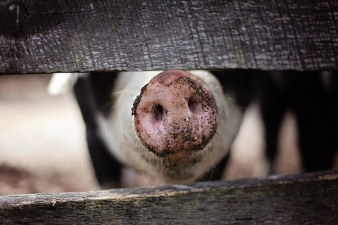 Howard County Police officers still write their reports by hand, and the data is entered later by a computer tech into their database. One theft report stated that a farmer had lost 2,025 pigs. Thinking that to be an error, the tech called the farmer directly.

Being a Howard County girl herself, the tech entered: "Subject lost 2 sows and 25 pigs."