Practical Tricks to Play on Santa 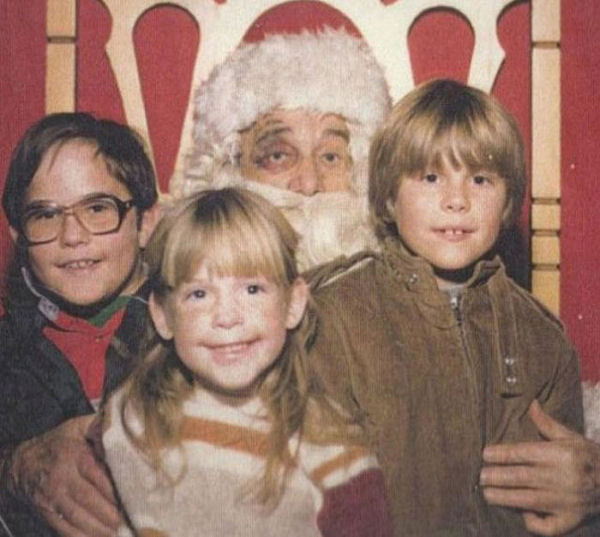 1. Instead of milk and cookies, leave him a salad and a note explaining that you think he could stand to lose a few pounds.

2. While he's in the house, go find his sleigh and write him a speeding ticket.

3. Leave him a note explaining that you've gone away for the holidays. Ask if he would mind watering your plants.

4. While he's in the house, replace all his reindeer with exact replicas. Then wait and see what happens when he tries to get them to fly.

5. Keep an angry bull in your living room. If you think a bull goes crazy when he sees a little red cape, wait until he sees that big, red Santa suit!

6. Leave a note by the telephone telling Santa that Mrs. Claus called and wanted to remind him to pick up some milk and a loaf of bread on his way home.

7. Throw a surprise party for Santa when he comes down the chimney. Refuse to let him leave until that huge cake arrives.

8. While he's in the house, find the sleigh and sit in it. As soon as he comes back and sees you, tell him that he shouldn't have missed that last payment, and take off.

10. Take everything out of your house as if it's just been robbed. When Santa arrives, show up dressed like a policeman and say, "Well, well. They always return to the scene of the crime."

11. Leave out a copy of your Christmas list with last-minute changes and corrections.

12. Leave Santa a note explaining that you've moved. Include a map with unclear and hard-to-read directions to your new house.

13. Paint "hoof-prints" all over your face and clothes. While he's in the house, go out on the roof. When he comes back up, act like you've been "trampled." Threaten to sue.