The Pigmy and the Dinosaur 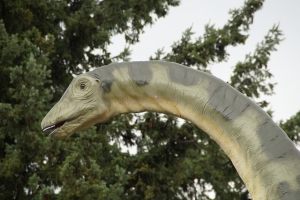 A scientist finds evidence of an actual dinosaur, alive and living in the rainforests of South America. He campaigns several universities and succeeds in getting a grant to launch an expedition.

Several weeks pass and the expedition party stumbles upon a 3 foot tall pigmy standing near a 300 foot long dead dinosaur.

The scientist approaches the pigmy and exclaims, "Wow!  Did you kill this dinosaur?"

"How on earth did you kill it?" inquired the scientist.

"With a club," replied the pigmy.

"How big is your club?" demanded the scientist.