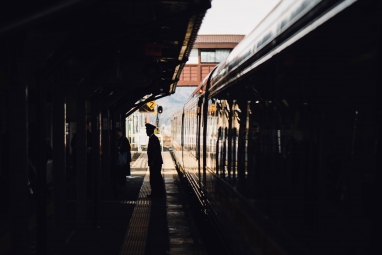 "How are three people going to travel on only one ticket?" asked one of the three lawyers. "Watch and you'll see," answered one of the engineers.

They all boarded the train. The lawyers took their respective seats but all three engineers crammed into a restroom and closed the door behind them.

Shortly after the train had departed, the conductor came around collecting tickets. He knocked on the restroom door and said, "Ticket, please." The door opened just a crack and a single arm emerged with a ticket in hand. The conductor took it and moved on. The lawyers saw this and agreed it was quite a clever idea.

"How are you going to travel without a ticket," asked one perplexed lawyer.

"Watch and you'll see," said one of the engineers.

The train departed. Shortly afterward, one of the engineers left his restroom and walked over to the restroom where the lawyers were hiding.

He knocked on the door and said, "Ticket, please."