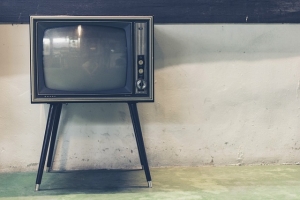 A old-time farmer finally decided to buy a TV.  The store assured him that they would install the antenna and TV the next day.

The next evening the farmer turned on his new TV and found only political ads on every channel.

The next morning he turned the TV on and found only political ads again.

When he came in to eat lunch he tried the TV again but still only found political ads.

The next day when he still found only political ads he called the store to complain.

The owner said that it was impossible for every channel to only have political ads, but agreed to send their repairman to check the TV.

When the TV repairman turned on the TV he found that the farmer was right. After looking at the TV for a while he went outside to check the antenna. In a few minutes he returned and told the farmer he had found the problem.

The antenna had been installed on top of the windmill and grounded to the manure spreader.