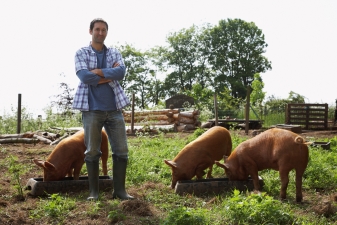 A man owned a small farm in South Georgia. The Wage and Hour Department claimed he was not paying proper wages to his help and sent a social security agent to interview him.

"You just give me a list of your employees and tell me how much you pay them."

"Anybody else?" asked the agent as he scribbled on a note pad.

"Yeah," the farmer said. "There's a half-wit here. Works about eighteen hours a day. I pay him ten dollars a week and give him chewing tobacco."

"You're talkin' to him now," said the farmer.