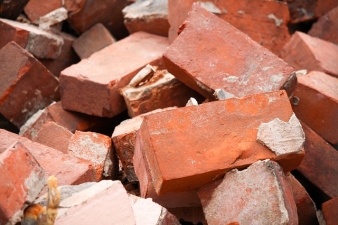 A thief and his girlfriend were walking down Main Street when she spotted a beautiful diamond ring in a jewelry store window. "Wow, I'd sure love to have that!" she said.

"No problem, baby," the thief says, throwing a brick through the glass and grabbing the ring.

A few blocks later, his girlfriend was admiring a leather jacket in another shop window.

"Sure thing, darling," the guy says again, throwing another brick through the window and snatching the coat.

Finally, turning for home, they pass a Mercedes car dealership. "Boy, I'd do anything for one of those!" she said to her boyfriend.

"Forget that!" the guy moans. "Do you think I'm made of bricks or something!?"