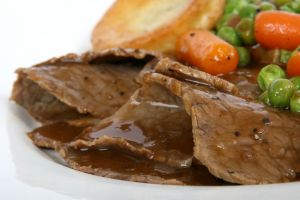 Wow!!  It seems I have to blog more often to keep ahead of the surprising / stunning news.

First things first; I’m still giddy about the piano.  It was tuned on Friday, and I definitely play it several hours just about every day.  My friends have joked that now my family will have to do their own laundry, cook their own meals and basically fend for themselves since no one will be able to pry me away from the piano.  Well, the kids are doing their own laundry now (that’s another story on the riverbank), but I’m still pretty much the chief cook and bottle-washer.

I would love to not be.  One of my favorite things in life is sharing the kitchen with other people.  I love that “kitchen dance” that happens when 3 or 4 people are all working together to prepare a meal. But that doesn’t happen too frequently in my kitchen.  My children cook on occasion; Tim never.  We’ve been married 24 years and adding milk and sugar to my tea is a newly acquired skill for Tim.

I love my man, and those of you who know us, know that we’re basically crazy for each other (remember last February – you can read the blog).  But the kitchen is not, how shall I say, Tim’s forte.  Cooking for Tim would include toast (butter only), tea (clear), any deli meat he can grab from the fridge, and of course the local pizza phone number.  I stopped leaving food prepared in the fridge when I would go away for a few days, because he wouldn’t even take it from the fridge to reheat.  Of course, one can live for several days on peanut butter and crackers.  When our children were little, they and Tim always survived when I was away – but cooking was unheard of until the kids were old enough to do that themselves.

I think it was last Saturday, I had had a long day and the roast I was cooking for supper wasn’t done until about 7:00pm.  I was very hungry at that point (which translates into edgy), and was hustling alone around the kitchen getting the roast cut, the potatoes done, the table set, the vegetables cooked yet not overdone… you know the routine.  I know it’s my own fault that I’m there alone, that I just have to ask for help, but there in that moment even asking for help gets frustrating.  I called everyone to come for supper.

I was still standing at the counter cutting the roast when Tim came in looked around the kitchen and said something like, “Wow, that smells great!  Is there gravy too?”  Well no, there was no gravy because it has to be done after the roast is out of the pan and it needs someone’s constant attention which is impossible if that someone is doing everything else.

My reply, “Did you make any?” contained all the undertones of classic complicated marital communication. ‘Did you make any’ should be translated, “Of course I didn’t make any.  Can’t you see I’ve already done a lot here by myself and I’m not so amazing that I can do gravy too without burning or wrecking something else?  And why aren’t you a husband who will make dinner with his wife?”  I’m sure you all understood that explicitly from the original…

Tim sort of paused, looked around a little and then said, “You just add flour, right?”

“Yah, pretty much.” Not the usual routine for this conversation so I was a little puzzled.

“Well, what do I do?”  I figured OK, I’ll humor him; it probably won’t last long and I’m still slightly edgy, if you remember.

Getting the flour from the cupboard was the first hurdle.  By the time we got to the container with a little water I figured, well who knows – there have been a lot of miracles in life recently, and I’m definitely having more fun than before.  There was stirring, shaking, boiling, and … gravy.

So there we all were at the dinner table enjoying our meal with delicious gravy – and me shaking my head as I realized that twice in two weeks I’ve had unbelievable words come out my mouth.  The first:  “I bought a grand piano!”  The second:  “My husband made gravy!”

I know it sounds completely silly, but in some ‘married relationship’ sense, the second made my heart sing just as much as the first. Twenty-four years, and my husband makes gravy.  I wouldn’t have believed that if someone had told me ahead of time.  Some of you who know him may not believe it now.  Tim says, “I just wanted gravy.”   And yet – it was somehow more than just gravy to me.  So much happiness for my heart recently – so much love poured into my soul … and it wasn’t over yet…