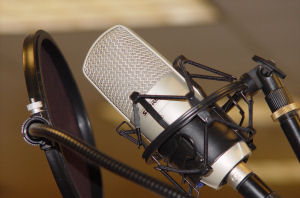 *"And here's Moses Kiptanui, the 19 year old Kenyan, who turned 20 a few weeks ago."
(David Coleman)

*"Its a great advantage to be able to hurdle with both legs."
(David Coleman)

*"We now have exactly the same situation as we had at the start of the race, only exactly the opposite."
(Murray Walker)

*Jimmy Hill: "Don't sit on the fence Terry. What chance do you think Germany has of getting through?
Terry Venables: "I think it's 50-50."

*"I was in a no-win situation, so I'm glad that I won rather than lost."
(Frank Bruno)

*"The lead car is absolutely unique, except for the one behind it which is identical."
(Murray Walker)

*"I owe a lot to my parents, especially my mother and father."
(Greg Norman)

*"There have been injuries and deaths in boxing, but none of them serious."
(Alan Minter)

*"Watch the time. It gives you an indication of how fast they are running."
(Ron Pickering)

*"That's inches away from being millimeter perfect."
(Ted Lowe)

*"The Queen's Park Oval, exactly as its name suggests, is absolutely round."
(Tony Crozier)