T’was a month before Christmas 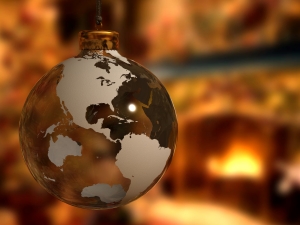 T’was a month before Christmas, and all through the church...
The preacher was pacing, as he'd been caught in the lurch.
He loved tinsel, turkey and snow on Christmas day...
But 1-2-3-4 sermons of Advent... what would he say?


Keep this bell ringing...pass it on
'The LORD bless you and keep you;
The LORD make His face shine upon you
And be gracious to you;
The LORD turn His face toward you
And give you peace...
Numbers 6:24-26

Makes you think about a Penny! 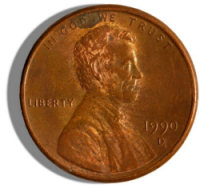 You always hear the usual stories of pennies on the sidewalk being good luck, gifts from angels, etc. This is the first time I've ever heard this twist on the story. Gives you something to think about.

Several years ago, a friend of mine and her husband were invited to spend the weekend at the home of her husband's employer.

My friend, Arlene, was nervous about the weekend. The boss was very wealthy, with a fine home on the waterway, and cars costing more than her house.

Read more: Makes you think about a Penny!

I want to speak about a topic that was introduced a few weeks back by a couple of different callers who were contesting the deity of Jesus and whether or not the New Testament actually taught that. One of the arguments that I raised in favor of Jesus' deity was that He was worshipped. We'll get to that in just a moment.

I was actually paid a very nice compliment last week. One of my students from an ethics class I taught came up to me and said that he had recently been in a debate with a man who was in favor of capital punishment. This former student went into the debate armed with some material that he'd learned from the class and actually did a very credible job. In fact, after the debate his opponent said something to the effect, "I was surprised at how well you argued and how clearly you thought and how effectively you debated this issue. I didn't expect it." Apparently he didn't expect a good clear argument from someone taking a more conservative Christian position.

what I'm about to show you are fair and reasonable conclusions to a textual problem of the alleged worship of Jesus Christ. You don't need to consult a bunch of experts. You can be an expert by consulting the text in a reasoned fashion

I was really glad to hear that for his sake. But this student made the comment that he had just parroted my material. I took exception with that because you cannot go into . . .

More Than An Angel

Do you believe in angels?

I believe I have a guardian angel--several, perhaps. I also believe angels have visited this planet, repeatedly.

Two millennia ago, the largest known visitation of angels to earth announced the very first Christmas.

That we are a visited planet is what Christmas is all about. History is divided before and after this singularly profound event-the birth of Jesus Christ.

Who is Jesus? A heavenly messenger? In a sense, yes. Yet He's much, much more.

How radical is the idea behind Christmas? The religious leaders at that time scoffed at the shepherds' report of the angelic announcement of Jesus' birth. They no longer believed in angels. They certainly couldn't imagine God Almighty-creator and governor of the vast universe-humbling Himself to visit planet earth.

Yet the Scriptures clearly foretold this. Among other things, the prophet Isaiah foretold that Jesus Christ, the Messiah, would be born of a virgin and called "Immanuel" (literally, "God with us," Isaiah 7:14) and "Wonderful Counselor, Mighty God, Everlasting Father, Prince of Peace" (Isaiah 9:6b).

Furthermore, an angel of the Lord told Joseph, the Messiah's adoptive father: "`Joseph son of David, do not be afraid to take Mary home as your wife, because what is conceived in her is from the Holy Spirit. She will give birth to a son, and you are to give him the name Jesus, because he will save his people from their sins'" (Matthew 1:20b-21).

So profound was the incarnation of Jesus Christ that . . .

Read more: More Than An Angel