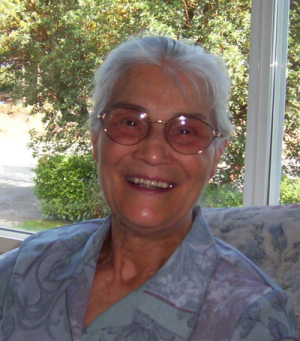 Those of you who get the Cybersalt Digest regularly already know that my Mom died November 12th. My thoughts have been fragmented and scattered, so today I’ll just tell you about that day and save my thoughts about it for another post.

If you’ve been reading my blog for long, you will know that my relationship with Mom has never been particularly close. I’ve spent most of our mother/daughter years knowing I couldn’t measure up and feeling in the way. During the “Breaking Free” Bible study that changed my life so dramatically, I was faced with the truth that I couldn’t “bless” mom:

“There are those who curse their fathers
and do not bless their mothers…” [Proverbs 30:11]

So, realizing that God’s precepts always bring life, I pursued this broken thread in my past until I could truly bless her from my heart. It was a difficult process, but it brought me to a place of life and love for her in my heart and these last 33 months or so have been significantly changed for good as a result.

This is one of those stories – strange, yet true.

On a lovely Thursday evening in June, Tim, Esther and I were in our downstairs den/office where we spend most of our time these days, when we heard the loud familiar bang of a bird hitting one of our windows. I cringed, hoped the bird would be OK, and kept on at whatever I was doing on the computer. Esther looked out the window to see if she could see anything. Tim commented that it was a big hit; we all knew it probably wouldn’t be pretty.

As Esther looked out the window she saw some small movements from our walkway and said, “I think it’s going to be OK.” Tim went to the window to look but couldn’t see it, so Esther helped, “It’s there on the walkway – that green bird.”

Green bird? Tim looked and sure enough – it was definitely a green bird! He went running out the front door and then called back for a towel. As I brought the towel for him to wrap the stunned avian in we were surprised to see it was some kind of parrot. It must be someone’s stray pet.

The bird gradually regained its senses in the plastic tote we supplied for a temporary home. Once it became more alert and began eating some food we borrowed a cage from friends until we could find the owners.

He Gives and Takes Away 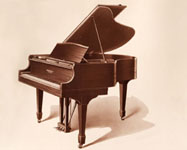 They say that one of the main things about writing is to simply be disciplined about doing it.  Clearly I'm not a writer at heart; although I have been challenged with the concept of discipline lately - so maybe you'll see more regular writing in the future.  It's not for lack of material that I haven't posted anything recently, so I'll at least try to catch up with some of the stories of life over the remainder of the summer.

Some of you may remember the abundance of blessing I experienced last summer with regards to grand pianos.  (Writing that in the plural still sounds incredulous!)  Last July God worked out a number of circumstances that made it possible for me to buy my own grand piano - which is still a dream come true that I enjoy every day.  Within weeks of that, our small church was chosen as the site for a satellite school of our local Conservatory of Music, and they brought in a 1929 Heintzman grand to teach on, and for us as a congregation to use as we needed.

Read more: He Gives and Takes Away 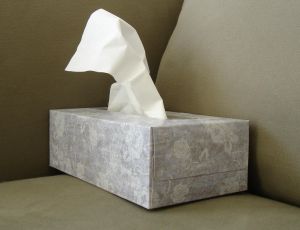 Wow, these last few weeks have been doozies!

It seems like Tim has been sick more often than not since New Years, and as much as I try to keep my distance and my health, twice now I’ve gotten at least some of what he has.  Finally our cough is subsiding (although I still think its fun when we sometimes cough in unison!) and we’re generally feeling better, although it sure doesn’t take much to be exhausted.

There’s nothing like a good dose of being sick to remember and appreciate how incredibly good it is to be healthy!  For me, sickness is always a reality check that at the end of it all I’m only as strong as God’s mercy allows.  That’s a good thing for me to keep clear in my mind.