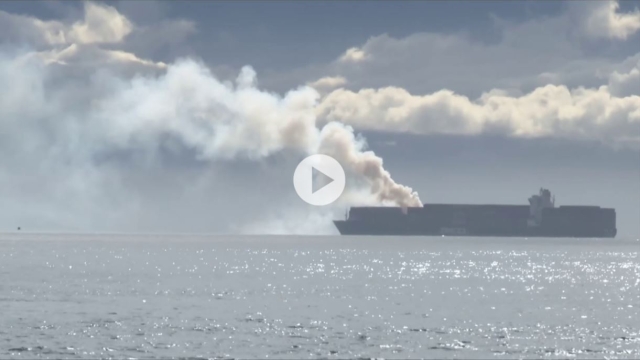 Cybersalt World Headquarters is a pretty noisy place this weekend as we enjoy some family time with two of our kids and their families. One of the things on the agenda is some planning to redo our upstairs floors. Truthfully, we should have replaced our wrinkly carpets when we moved into this house in mid-November, 1996, but now it's really past due to add a new face to our floor! Our daughter-in-law is the one that knows colours and our son is an excellent installer, so Grandma Cybersalt and I are letting them plan and handle everything - well, not everything. They are still letting us pay, lol.

Oh yeah, we can also see a container ship on fire in the straight that our house overlooks. The ship is actually 23KM (14 miles) away from our house, in US waters, but of course all of us who chare the coast of the Salish Sea are concerned.

This is also a big weekend for our eldest and her family in Toronto. Our son-in-law, Matt, is being ordained today. We are very proud of them. Matt is a very good pastor, possessing gifts and skills that surpass mine in a number of areas.

For today's video share I am going to double up again - maybe.

To watch a news story about the fire on the container ship, click here.

I'm not sure if they are live streaming Matt's ordination, but at 5:00pm Toronto time we'll be clicking here to see if they are. 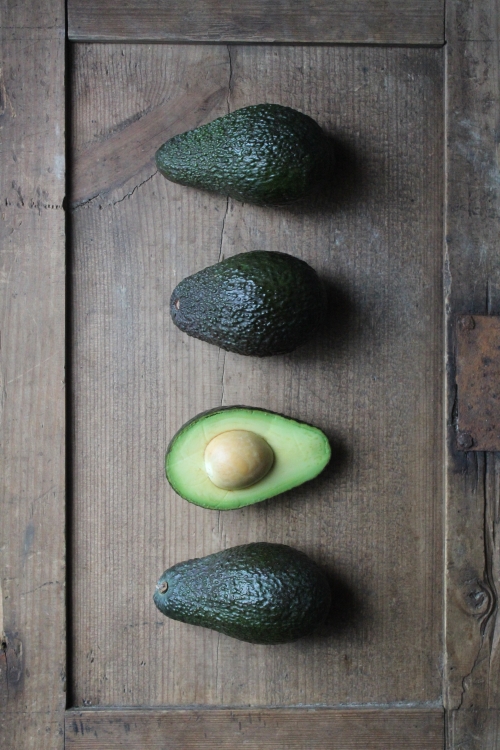 I have good news and bad news.

The good news is that many of you sent solutions and other fun sentences to the express the intent of the sentence you can speak but is impossible to write down: "There are 3 *twos*" in the English language.

Here they are in the order I received them:

"It is too hard to solve two problems at once."
- G. Taylor

"My friend and I decided that the two of us want to join the challenge, too!"
J Bodman

"The word pronounced "tōō" in English can be spelled 3 ways and mean different things."
R. Outler

"There are three words in the English language (to, too and two) all pronounced the same."
P. Ward

"There are too many of you to ask for two tutus!"
P. Stewart

"There are three English words that sound like two."
M. Wildner

"Just thought in the light of your comments around "to, too, two", you'd appreciate me sharing this.
How do you soothe a grammar pendant? 'There, their, they're.'"
M. Howard

"In the English language we use "two, to, and too" at different times, and they are all pronounced the same way."
W. McLauren

Thank you, everyone, for the fun and creativity. Some of you actually stayed on task!

And now the bad news.

I thought a clever way to solve the sentence would be to say, "There are 3 tews in the English language" since the reader would be forced to make the sound of the sentence's meaning.

But then I decided I better check and make sure "tew" was not a real world. And guess what? According to Miriam Webster (who admittedly has caused me a lot of problems down through the years) "tew" is actually a word. You can read the definition (by clicking here) and you will see it has two meanings.

You realize what this means, right? 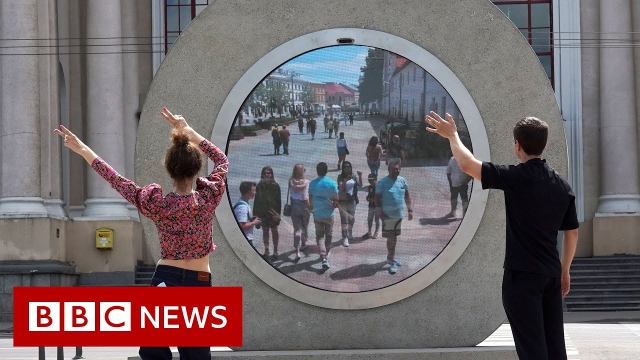 The rains have returned to Cybersalt World Headquarters as we enter into the season of our late fall and early winter storms that roll in off of the Pacific Ocean. This weekend our island experienced an "atmospheric river." Basically, there was so much rain (to the north of us) that it seemed like there was a river overhead. Not only is it a blessing for the fish who are spawning and the water reservoirs that are being refilled, it also gives people who like to complain something fresh to be unhappy about.

Before I get to today's video share, I'd like to share an article that was written by a friend of mine. Donna Leung's article, "Keeping Everything Together" is a great reminder for the times we live in:
compasspointbc.com/keeping-everything-together/

Today's video share is a fun experiment with technology. The 'Portal' built between Lithuanian and Polish cities reminds us we have much in common as human beings - another great reminder for the times we live in: 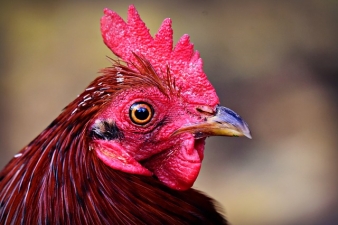 Cybersaltine J.J. Westberg is this week's winner of the "Spot Pastor Tim's Grammar Mistake" contest. Last week, I said I was "to" lazy for heating our home with wood, when I really meant I was "too" lazy. I do know the difference and I suspect it was just a typo, but it raises a fun dilemma we can all ponder.

In the English language we use "two, to, and too" at different times. This reality forms the conundrum which is the sentence that can be said, but not written: "There are 3 *twos*" in the English language. (I've used "two" there but that can't be the right use, and neither would the others.)

I think I have actually found a way to express the intent of that sentence. It came to me when I was playing a table game with Grandma Cybersalt yesterday. But I want to give you all a chance come up with a way to write out a sentence that solves (or works around) the problem. If you have an idea, just reply to this mailing and I will get it.

Today's video share is a reminder that sometimes you just need some explosive, brute force to finish a job properly. I can hardly wait for video of the Christmas tree they are going to hang this on! 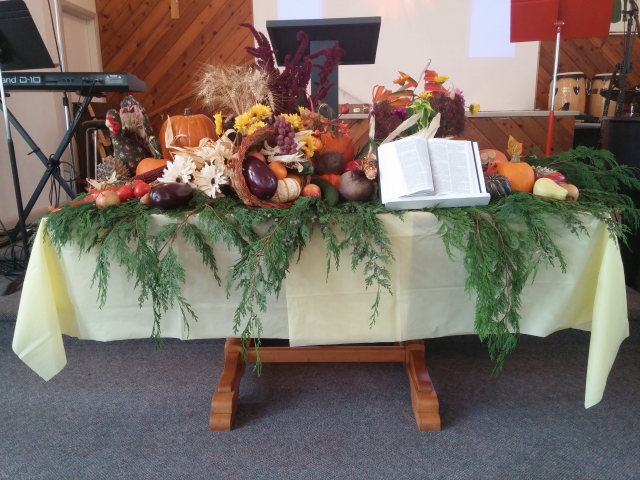 Sunday greetings everyone - and happy Canadian Thanksgiving, or as we call it up here in Canada, "Thanksgiving."

Grandma Cybersalt have just returned, late at night, after a wonderful visit with two of our children and their families, so that will be the news for today - other than to say once again that we are thankful for each of you who are a part of the Cybersalt Digest!

Today's video share is Thanksgiving related. It shows that thanksgiving isn't just for those with two arms.

And just in case you think, "That can't possibly be a thing!" after watching the video, there is a another second video share today to 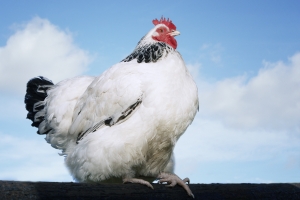 It's fireplace season again at Cybersalt World Headquarters. The weather has changed to the point where coming and going from the house let's enough cold air in to trip the thermostat and turn one of them on. When it comes to fires, I prefer a good wood burning fireplace, but ours are both gas and get the job done - including looking just as cozy! Truth be told, I'm probably to lazy for heating our home with wood - perhaps all the more reason to get one, lol!

Today's video share shows the process of hand making tiles out of cement - probably another routine I'm not suited for. I found the process quite fascinating to watch so I hope you do too. 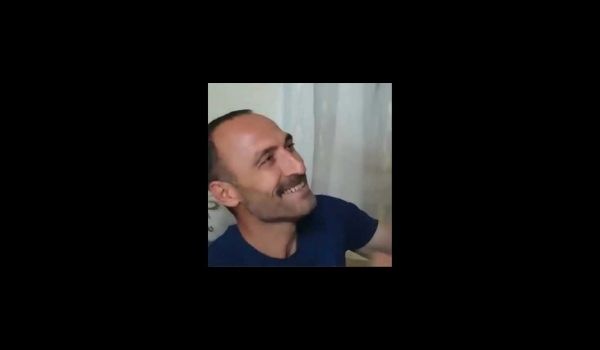 One of the great things about having contact with with people from other cultures is the opportunity to see what is common across humanity.

This video of a father surprising his daughter (or a daughter being surprised by her father) with a gift is a great reminder that people who are different than us aren't different than us in so many ways. Empathy toward others is a key element in being able to love our neighbours as ourselves, as God calls us to do! 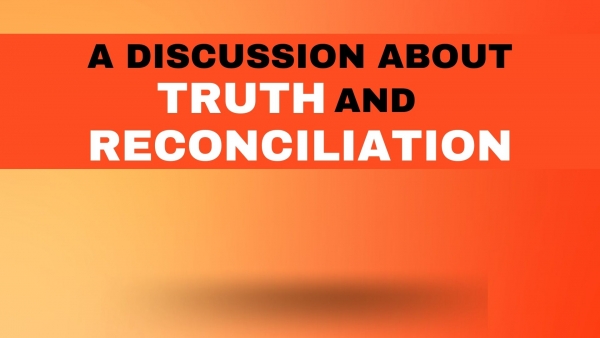 Today's edition of the Cybersalt Digest is a unique one, in recognition of the first National Day for Truth and Reconciliation in Canada.

Simply put, for 7 or 8 generations the government of Canada, with the assistance of a number of churches, attempted to erase First Nations culture by forcibly removing children from their families and homes and then placing them in residential schools around the country. All of these children suffered unimaginably because of being taken away from their homes. Many, many of them were brutalized and abused in all manner of ways.

While First Nations people have known for a long while that many of the children who never returned are buried in unmarked graves across Canada, non-native Canadians are just realizing that reality following the initial discovery of 215 unmarked graves in Kamloops, BC.

We are a country in the very early stages of coming to grips with and beginning to talk about the unspeakable truths of our longtime (which is also recent) genocidal history against the First Nations amongst whom we still live. We are doing this in order to find, and move along, a path to true reconciliation with them.

Shortly after the discovery of those 215 unmarked graves, I was humbled and honoured to take part in a conversation with two members of the Wiikwemkoong First Nation, and a member and a Chief of the Aundeck Omni Kaning First Nation. My purpose in contacting them was to learn how I could be a better participant in the process of reconciliation and how Canadians can extinguish the systematic racism that still exists in our homes, our churches, our denominations and our institutions.

That conversation was recorded and the videos are now live, today's video share.

The Cybersalt Digest will return to it's regular programming on Sunday.