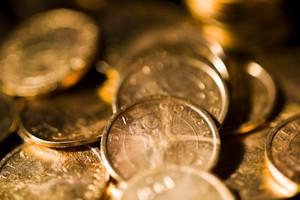 A young fellow by the name of Sammy liked to hang out at Mom and Pop's Grocery Store. Pop didn't know what Sammy's problem was, but the other boys would tease him all the time, calling him Slow Sammy, and punching him on the shoulder as they passed.

To mock him for being slow, they would offer him a dime and a nickel, telling him he could have just one. They said he always took the nickel because it was bigger.

One day after Sammy took the nickel, Pop pulled him to one side and said, "Son, don't you know they're making fun of you? They think you don't know that the dime is worth more than the nickel. Are you really grabbing the nickel because it's bigger, or what?"