Kids on the Bible 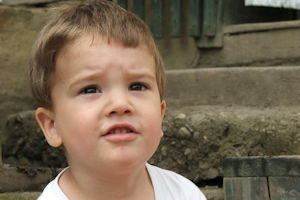 The statements below are said to have been written by actual students, that they are genuine and NOT retouched or corrected:

- The Egyptians were all drowned in the dessert. Afterwards, Moses went up on Mount cyanide to get the ten amendments.

- The first commandment was when Eve told Adam to eat the apple.

- The fifth commandment is to humor thy father and mother.

- The greatest miracle in the Bible is when Joshua told his son to stand still and he obeyed him.

- The epistles were wives of the apostles.

- The people who followed the Lord were called the 12 decibels.

- Moses died before he ever reached Canada. Then Joshua led the Hebrews in the battle of Geritol.

- One of the opposums was St Matthew who was also a taxi-man.