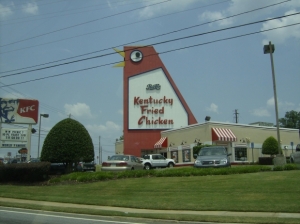 One day a State Trooper was pulling off an expressway near Chicago.

The trooper pursued him, pulled him over and walking up to the car he pulled the bucket off the roof and offered it to the driver.

The driver looked at the trooper and said, "No thanks, I just bought some."