Who's Smarter Than A Fifth-Grader? 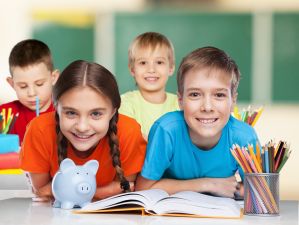 Sometimes an idea will take possession of my mind and literally run with it. Most of the time when an idea sees the condition of my mind it slowly walks away shaking its head. Someone said a mind is a terrible thing to waste, but I’m sure they had no knowledge of my mind.

Then there is that odd moment when an idea completely disregards the condition of my mind and takes over. Such has been the case lately.

The idea that has taken up residence in my mind lately has to do with the condition of the leadership in our country. I have reached that glad time of life when I have the perspective of looking back over several decades.

The consequence of looking back is that I have concluded certain things are not as good as they used to be. I know I’m not as good as I used to be, in fact the Gracious Mistress of the Parsonage suggests that I never was. Of course, I bow to her perspective, which goes back further than mine.

The focus of this decline centers on political leaders. Never in the history of our country have so few done so much to confuse so many. I will not say that the average politician is dumber than dirt out of my deep respect for dirt. At the end of my life, my body will be committed to the dirt and at that time, I do not want the dirt to have an ax to grind with me and take it out on my body.

The evidence, however, suggested the whole political group shares one living brain cell. The problem with this is we never know which politician has the live brain cell at any given time. The wattage of this brain cell is so low it is barely noticeable. If it were not for polls, the average politician would have nothing to say; but be sure, he or she would say it with a great deal of eloquence.

It was at this point that an idea entered the dark corridors of my dormant mind.

One evening recently, my wife and I had finished the day’s labor and nestled in our living room to relax by watching a few moments of television. It was our fortune to see a brand-new program, “Are You Smarter Than a Fifth-Grader?” To say that we were delighted with this new show is like stating peanut butter goes quite nicely with grape jelly.

The object of the game was to give questions to adults from grades one through five. Helping the adult would be a team of fifth-graders. All the questions would be from the aforementioned grades of which the average adult should know the answers. (Duh.)

After watching this several times both my wife and I noted that no adult was able to answer all the questions. To this day, they have not found any adult smarter than a fifth-grader.

This is where my idea began dancing the tango up and down the corridors of my mind. Why don’t we take this idea to Washington, D.C.? Let us see if there is a politician smarter than a fifth grader.

Not to tip my hat, but I think I know the answer to this one, and I don’t need any help lines.

What would happen is this; we would gather the top fifth-graders from all across our country. This would prove once and for all the validity of the “no child left behind” program.

These children would come to Washington, D.C. for a questioning program, fully funded by generous donations from every politician on Capitol Hill. Those who do not give a generous donation to this program would immediately be dismissed and sent home to live out the rest of their days in obscurity and never allowed to hold a public office again.

One by one, each politician would stand before these fifth-graders and answer questions. Children all across our country in grades one through five would submit questions. This would have the dual effect of introducing children to the world of politics as well as introducing politicians, probably for the very first time, to the real citizens of our country.

If any political leader fails to answer any question or answers it incorrectly, he must look into the camera and say, “I’m not smarter than a fifth- grader.” But that’s not the end of it. Here begins the genius of my idea.

When a politician finishes this portion of the program, he or she then must resign his political office and give it to the fifth-grader who answered the question correctly. After all, if the fifth-grader knows more than the politician, who should be making decisions for our country?

If any politician makes it all the way through, there is one final question I know will stump him or her. I have yet to hear of any politician who knows the answer to this question.

The final question will be, “What is the official language of the United States of America?”

I take comfort in what the Bible says. “Trust in the Lord with all thine heart; and lean not unto thine own understanding. In all thy ways acknowledge him, and he shall direct thy paths.” (Proverbs 3:5-6 KJV).

As long as we have leaders who look to themselves for wisdom, our country will never go in the right direction.