Tim has frequently said that he should tell his side of the story because you’re only getting my side here, and he thinks he’s being portrayed better than he should be in the whole adventure.  If he had been a jerk, it’s possible the story would be different.  Although having said that, from my perspective it really didn’t matter what Tim did or didn’t do.  This was really between my Father and me – as odd as that may sound. 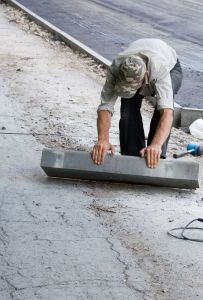 So my changed attitude began by simply asking, “Father, what would Tim enjoy right now?” “What can I do to make his day better?” “What can I do to help him in life?”  For any of you who have read John & Stasi Eldridge’s book Captivating, you may remember how significant “helper” is in God’s declaration that "It is not good for the man to be alone. I will make a helper suitable for him."1 They write,

“Ezer kenegdo… is notoriously difficult to translate.  Alter is getting close when he translates it ‘sustainer beside him.’  The word ezer is used only 20 other places in the entire Old Testament and in every other instance the person being described is God himself, when you need him to come through for you desperately.  [Deuteronomy 33:26, 29; Psalm 121:1-2, 20:1-2]  Most of the contexts are life and death, by the way, and God is your only hope.  Your ezer.”2

This is the kind of “helper” God designed a wife to be.  Hmmm.  I don’t know about you, but I know this wasn’t a typical description of me.  So I asked God to show me how I could ‘be a sustainer beside’ my husband; how I could come through for him when he desperately needed me to.

My priorities shifted from, “What do I need to do today,” to “What would be nice for Tim today.”  Sometimes those both looked the same.  I’d grocery shop, I’d do laundry, or I’d make cookies.  But other times it looked completely different.  Remember we’ve been married for over 20 years, so there is a lot I know about what Tim likes and doesn’t like.  I had a long list of “Tim’s favorite things” to draw from at any given time and boy was he surprised when I did!  The most amazing thing for me was that in every facet connected to intimacy where I had been so stuck, I was unexpectedly free to simply do and be what I had never been able to do or be before.  I was astounded; Tim was down-right giddy.  We’d lie beside each other at night. I was amazed by new-found freedom; Tim would wonder aloud what this thing was that I was trying out for two weeks.  He said he didn’t want to do anything stupid to wreck it; he said he wasn’t able to think what it could possibly be.  He said if we could bottle and sell it, we’d be rich. 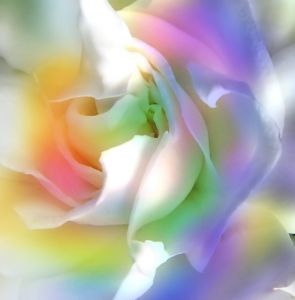 I waited the 2 weeks, because I had no idea what the next moment, hour or day would bring, and at the beginning I was certain I would fail soon.  But as the hours turned into days, and the days turned into more than a week, I realized that previous to these 2 weeks, I had bought into a lie and that God’s way brought life and freedom to marriage even more than I had dreamed of.  Beth Moore addresses the dreams every little girl has; dreams to be beautiful, to be a bride, to be fruitful and to live happily ever after.  She says, “You may find you’ve given up on some dreams, but God has not.  He wants to fulfill your dreams in ways that will blow your socks off.  He loves you so much.”3 Let me tell you, Tim and I were both sockless those two weeks!

I am privileged to have several really good girl-friends.  One in particular was a great sounding-board during and after this time.  She too is married to a good man.  She too, hates the idea of submission.  I told her about my struggle with God and my shower conversation with Him.  She looked as skeptical and fearful as I felt at the prospects ahead of me on that first Monday morning.  As the days went by she’d ask me, “What does submitting actually look like for you?”  I told her, “I’m just thinking of what Tim would like, what would be good for his soul & spirit, and then I do it.  When he suggests we do something, I say ‘OK’.  And when it comes right down to it, he gets the final say in decisions we have differing opinions on.”

Without doubt the most curious change for me had to do with intimacy.  Years of being molested tends to really wreck a child emotionally and sexually.  That gets carried into adulthood.  It had been a real bone of contention between me and God for a long time, because it seemed a cruel thing to put someone like me and someone like Tim together in a marriage. Now, it seems that it was a moment of genius.  [Hmm.  Now that I’ve typed that I wonder… does God have anything but moments of genius?]

Besides intimacy, I was better at planning meals [!!!] and more energized when I was doing housework [!!!], I even enjoyed hanging out with him when we took the garbage over to the recycling depot together on his day off!  It was change after change after change.  My heart was refreshed, I was crazy in love with this one-of-a-kind man, and life had become adventure pretty much every day.  Back in September it felt like I was on a honeymoon with God.  Now it felt like I was on a honeymoon with my husband, and I don’t mind telling you it was off-the-charts better than the one we had after our wedding 22 years before.

The really big test for me would be if Tim was determined to buy the bedroom suite, or if he pushed for a renovation project we’d been talking about.  Would I have to say yes?  I didn’t think so, because truly we were in no position financially to do either.  But I didn’t know for sure what I would do or say if it came to that.  And I still had to tell him what this ‘idea’ was that I had.  That will be for the next post.

I want to end this one though by telling you that that time last February continues to affect our marriage.  It’s been a year now of living in this new place of freedom, beauty, life, adventure and fun.  We both agree that our marriage has never been better.  Who would have thought?

"Come, all you who are thirsty,
come to the waters;
and you who have no money,
come, buy and eat!
Come, buy wine and milk
without money and without cost.
Why spend money on what is not bread,
and your labor on what does not satisfy?
Listen, listen to me, and eat what is good,
and your soul will delight in the richest of fare.    Isaiah 55