It’s a Soap Opera World, Or Is It 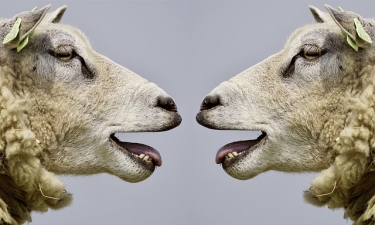 As a child, I remember my mother watching soap operas in the afternoon. I never had much interest in them; I would rather watch The Lone Ranger and his companion Tonto.

One afternoon I was sitting in the living room while she was watching one of her soap operas. I was trying to figure out what in the world was happening. None of it made sense and it seemed to be more drama than anything else. Why they call it, “soap opera” I will never know because they could use more soap in their conversations.

My mother would talk to the characters on TV telling them what they should be doing and saying. Several times, she yelled at them giving them instructions. I caught her with tears in her eyes over a certain situation; I could not tell you now what that situation was.

Although I never was much interested in soap operas, as I have gotten older (and I intend to get a lot older) I begin to see similarities. I am not an expert on soap operas by a long shot. However, it seems to me that our world has become a gigantic soap opera.

Everybody seems to be saying a line written for them by somebody else and none of it really making sense. There was a time when you could understand what a person was saying and there was some rationale behind the conversation.

Today is not that day.

I have noticed TV has many “reality shows.” For my dime, I do not see much reality in any of these reality shows. I know I do not watch them so maybe I am missing something. However, what I do see is not reality, as I know it.

That brings me to a question. What in the world happened to reality in our culture today? I do not see it anywhere.

I understand that politics today is not based on any kind of reality known to man or woman. If we could get all politicians together in one room we maybe could find one tiny little gray cell that was working. However, it would not be overworked.

To have politicians that have no sense of reality at all is a very cumbersome predicament. They have no idea what the average person is up against and they have no way of helping them.

Just the other day I was listening to a politician talking and I could not understand what in the world he was talking about. The only thing they know what to talk about is whatever the audience at the time accepts to help them get reelected.

Where is the reality in politics? It is nothing but an overblown soap opera that nobody is really watching.

Not long ago when I was sick and could not get out of the house I watched some programs that were called “talk shows.” After listening for a little while, I concluded that a hummingbird made more sense than these people did on talk shows.

It has become a soap opera world for sure. Nothing really makes sense, at least to the common person. Nothing has any sense of reality in it. I guess when you are in TV you are not allowed to be “real” about anything. The only thing that is real in our social media today is the money that people are making acting as if they know what they are doing.

Of course, I got a little piece of advice from the Gracious Mistress of the Parsonage. I was complaining about all of this non-reality around us and how many idiots were out there in the world. I just went on and on and on until finally she heard enough.

“Well,” she said rather strictly, “do you want to know what I think about all of this?”

Of course she did not give me an opportunity to say yes or no, she was ready to give me her thoughts on this anyway.

“Complain about all of the idiots out there all you want. But there’s a positive side to all of this.”

To tell you the truth, I could not see any positive side so I inquired as to what she was talking about.

“Very simply,” she replied, “if it were not for all of the idiots and crazy people out there I would not know how sane you really are.”

I had to have her repeat that a couple of times because that was well over my pay grade. It finally sunk in.

I complimented her on that and told her she really had a good point. If it weren’t for all of those crazy idiots out there in the world, how would we know how sane and wonderful we really are?

Paul said it best when he wrote, “And be not conformed to this world: but be ye transformed by the renewing of your mind, that ye may prove what is that good, and acceptable, and perfect, will of God” (Romans 12:2).

The unreality of the world around me should not rob me of the reality of my relationship with God through Christ.