Visiting My Family Is A Relative Experience 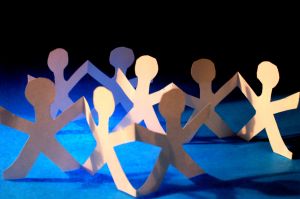 I was reminded recently that the only thing growing in my family tree are fruits and nuts. Personally, I am not sure if I am a fruit or a nut. Just do not ask my wife.

I had been away for so long I had forgotten many things about my family. My recent visit served as a refresher course reminding me why I had moved away in the first place. Memory sometimes pays little tricks causing us to remember the "good old days" and forgetting that sprinkled in among the good are ample portions of what I call good-challenged moments and characters.

I cannot speak about anybody else's family; my family seems to run the gamut between good and bad. I certainly have some wonderful relatives but then, I also have those who are on the other side of that description. Overall, they serve to make my family what it is today.

I enjoyed visiting with some of my relatives I had not seen for years. In fact, I could not remember the last time I had seen some of them. For the most part, it was a wonderful time of family reunion.

I had really forgotten about good old aunt Bessie. She has always been one of my favorite aunts. Nobody knows how old she really is, and she ain't telling. Conferring with some of my older relatives none could remember a time when good old aunt Bessie was not around. Some of us have guessed her age and we figure she is probably our oldest living relative.

One of the oddities about good old aunt Bessie has to do with her physical appearance. As far as anybody could remember, she was always consumed with her looks. Not just her clothing but her face as well. The one thing that was anathema to her was a wrinkle. She has what we all said behind her back, a wrinkle-phobia. If I had the money she spent on wrinkle creams I could retire and live a life of luxury.

I do remember a time (and I had forgotten it until now and I just hoped she did) when I was not aunt Bessie's favorite nephew. It was years ago and I had not seen her for a while and when I did see her, I said, half jokingly, "Is that a new wrinkle, aunt Bessie?"

You would have thought I had shot her only child. She shrieked and then went to the bathroom to examine her face. She was so irate with me that she did not speak to me for over a year. Of course, looking back, there was no downside to that. I was tempted to remind her of that incident, but I remembered the old hymn, "Yield not to temptation, for yielding is sin."

Then there was Uncle Harold. I had not seen him for I cannot remember how long. When I saw him, I noticed he had not changed. I think he was wearing the same suspenders he wore the last time I saw him. His suspenders were a fashion statement, according to him, but nobody knew exactly what they were saying.

The great thing about Uncle Howard was his stories. He had a repertoire of stories that he repeated ad nauseam. Behind his back we often said, "Uncle Howard will tell no stories he hasn't told a thousand times before." Probably the most amusing thing about his stories was the fact that he often confused the punchline of one-story with the punchline of another story. None of his punchlines ever went with the story. That made them even funnier. We laughed, he thought we were laughing at his story, we were really laughing at him.

Just before I was ready to leave, who should come in but dear old Aunt Sylvia. As soon as I saw her, I smiled. Not only was I glad to see her, but I remembered her. If anybody was the cat's meow, it was Aunt Sylvia.

She loved to go out to eat, particularly with a group. I thought of the last time we all went out to eat together and Aunt Sylvia was with us. One of her peculiarities was along the line of tipping the waitress. She was the self-appointed guru of making sure the waitress got a good tip. When everybody finished eating and the bill had come, Aunt Sylvia would take charge.

She would collect money from each person for the tip. If you did not give enough, she made you dig into your pocket again until you came up with an amount she was happy with to give to the waitress. With appropriate pomp and circumstance, she would call the waitress over to our table and present her with the tip of the evening.

As I was flying home, a thought tugged at my mind; if the world is made up of such people like my relatives, what chance does the world really have?

The world, as God has designed it, is made up of all kinds of people that He loves with an everlasting love. "For God so loved the world, that he gave his only begotten Son, that whosoever believeth in him should not perish, but have everlasting life" (John3:16 KJV).

Thinking of my family on the plane coming home I thought, why am I the only sane person in my family? Then another thought emerged. Or, am I?