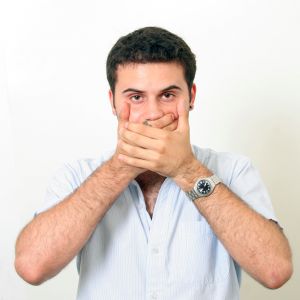 A preacher had a deacon in his church who had a bad habit of cussing.

In his attempt to help the deacon overcome this terrible habit, the preacher decided he should spend some personal time with him.  So, he invited him to go fishing.

They were both out in a boat and had their lines in the water when the preacher hooked a big one.  He worked it for a long time and finally got the fish up to the edge of the boat when the line broke and the fish got away.

Thoroughly disgusted, the preacher looked over and said, "Deacon, something needs to be said!'