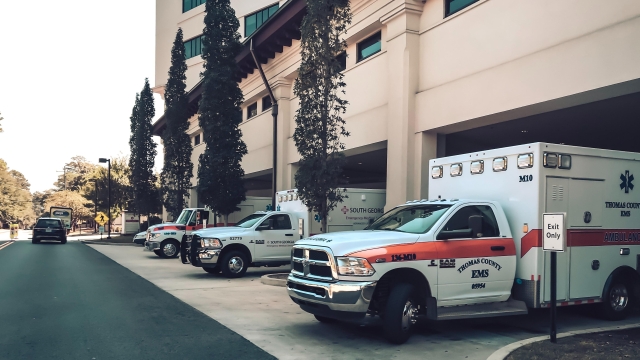 Three paramedics were boasting about improvements in their respective ambulance team's response times:

"Since we installed our new satellite navigation system," bragged the first one, "we cut our emergency response time by ten percent."

The other paramedics nodded in approval.

"Not bad," the second paramedic commented.  "But by using a computer model of traffic patterns, we've cut our average ERT by 20 percent."

Again, the other team members gave their congratulations, until the third paramedic said,

"That's nothing!  Since our ambulance driver passed the bar exam, we've cut our emergency response time in half.