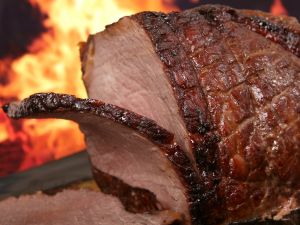 The hostess (with a daughter of marriageable age - of long duration) sent out an invitation to an officer who was supposed to be the prospective suitor of her daughter's hand.

"Mr. and Mrs. Dabney request the pleasure of Captain Black's company at dinner on the 16th of September."

She was somewhat dismayed to receive the enthusiastic reply:

"With the exception of four men on leave, and two sick, Captain Black's company accept with much pleasure your invitation to dinner on the 16th of September."