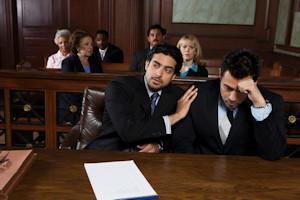 There was a job opening in the country's most prestigious law firm and it finally came down to Robert and Paul.

It was up to the senior partner to choose one, so he took each aside and asked, "Why did you become a lawyer?"

In seconds, he chose Paul.

"I don't understand why I was rejected. When Mr. Armstrong asked me why I became a lawyer, I said that I had the greatest respect for the law, that I'd lay down my life for the Constitution and that all I wanted was to do right by my clients. What in the world did you tell him?"

"I said I became a lawyer because of my hands," Paul replies.

"Your hands? What do you mean?"

"Well, I took a look one day and there wasn't any money in either of them!"