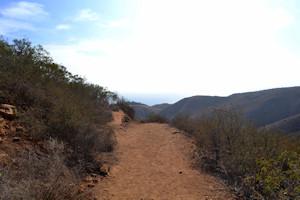 I was a new Army basic trainee at Fort McClellan, and one requirement was a demanding 12-mile march. We got started at 6 a.m. and were pumped up for the trek.

An hour later, feeling the heavy load of our packs, we wondered if the end would ever come.

Revitalized, we picked up the pace.

"And," continued Sarge, "we should reach the starting point any minute now."